The first time I heard David Oakley‘s voice was in 1993 when I noticed some of his work in the Print Magazine Design Annual. I called him to recruit him for a creative position at Tausche Martin Lonsdorf, then Atlanta’s hottest creative agency.

It was a different era in recruiting — pre-Internet (Prodigy was just bursting on the scene). Recruiters actually called candidates, got to know them and their career goals. Not only did I like Oakley’s work, I liked him as a person. He was a copywriter at TBWA in NYC (pre-Chiat/Day merger) and he had the right mix of big city agency smarts and North Carolina “aw shucks” schoolboy charm. He was a young rocket that I pegged as a rising star.

It was then my mission to attract top creative talent to Atlanta and help build a creative community in the city. It all began with Kurt Tausche, the Minneapolis product and disciple of  Ron Anderson and Tom McElligott. His mission was to build a special agency in Atlanta. 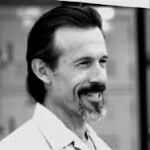 Kurt liked Oakley and interviewed him. But, he passed on David and brought on board several other talented creatives: Patrick Scullin, Robbie Vitrano, Chris Schlegel, James Boyce and the inimitable (some may say insufferable) Andrew Payton.

David instead took his formidable talents to Charlotte where. in short order. he co-founded one of the great NC creative agencies of the era: BooneOakley with John Boone.

Kurt recently admitted to me that not hiring David Oakley was one of the biggest regrets of his career.

So when David called earlier this year to tell me that he was publishing a book about his life in Advertising it made me think, “wow, where did those 22 years go?” And he also mentioned that I was in the book.

WHY IS YOUR NAME UPSIDE DOWN? is not a how-to book about copywriting or creativity, like Hey Whipple or Guy Bommarito’s Creative Bones. There are no tips or preachy advice. Instead, it’s an uproarious journey through the industry; an allegory…a coming of age story that ironically climaxes with our phone conversation about an erstwhile client gone awry last year.

Oakley’s not just a copywriter…he’s a  storyteller. His tone has the perfect blend of confidence and self-deprecation. We all have war stories, the magic is in how we tell them. Oakley tells his magically. His book is not just for agency “insiders” — it will benefit any creative entrepreneur and entertain any voyeur of the ad industry. Mad Men was a superficial portrayal of the ad industry of the 60’s & 70’s. Oakley’s book is a real depiction of agency life in the 90’s and 2000’s.

Order it online here and leave it in your bathroom — it is perfect reading for the john.

welcome to my blog: mikepalma.com. it exists to provide original content that helps creative agencies & brands grow. i invite you to subscribe below to receive useful tips, tools and tactics to improve your creative agency, career, or brand.